When other people talk about Jeju Island…is always about that Sunrise Peak, the beach or the seafoods bla bla bla…

But sightseeing in Jeju Island is very simple for VIP, we just wanted to visit the places where BIGBANG members hang out, the place they filmed their music video and most importantly, none other than the awesome cafe that owned by the leader G-Dragon!

Another pretty cafe by G-Dragon, just right in the heart of Jeju Shinhwa World, Landing Resort. It was launched just right before GD enlisted to army, hence, it’s the right timing for VIPs to plan a trip to visit beautiful Jeju before their big comeback. 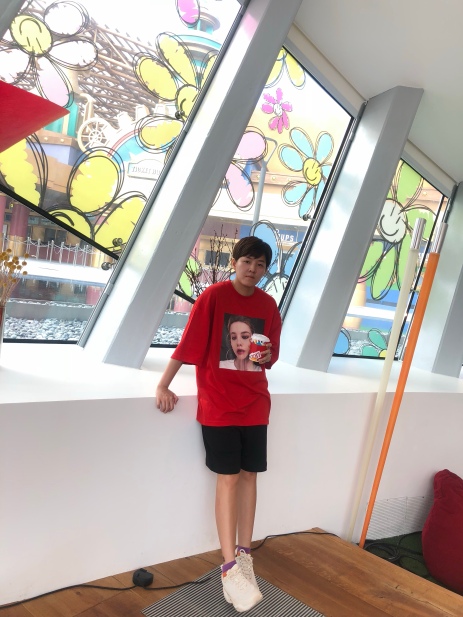 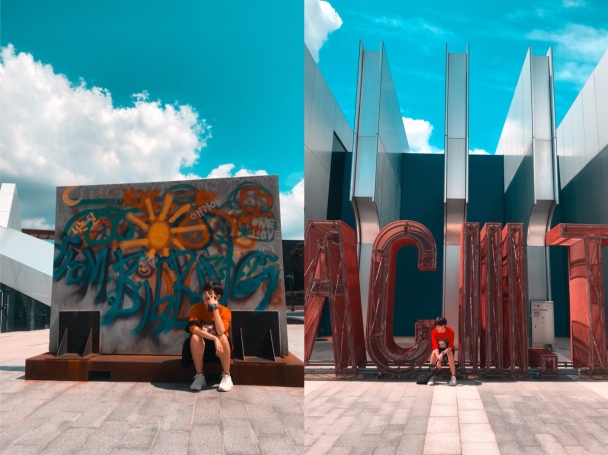 If you ever get the chance to visit Jeju Shinhwa World, don’t miss out the chance to see the coolest bowling pub ever. I would rather say it’s like an art museum by artist – KWONJIYONG. 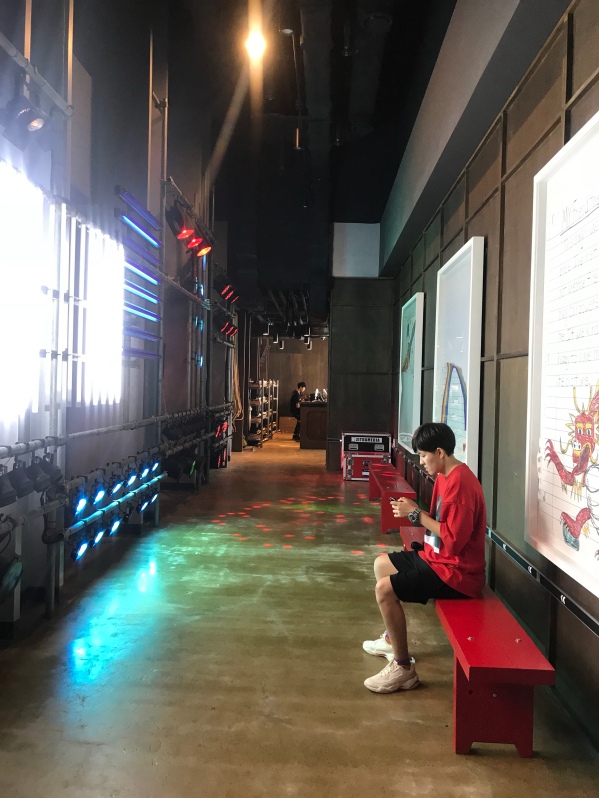 From Jeju City by Public Bus:

Play K-pop is something similar to K-Live in Dongdaemun but this one in Jeju is a bigger scale. 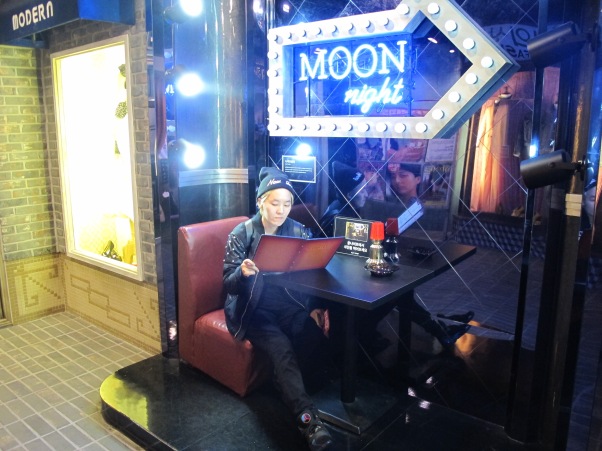 With 15,000krw ticket, you get to stay in the place for 3 hours! There are a lot of activities to do in the 3-floored building. You get to take picture with BIGBANG, 2NE1, PSY etc.

You also get to do a recording with artists, take hell lots of photos. And almost everything is interactive!

From Jeju International Airport, take Airport Bus 600.
Get off at Korea Tourism Organization Jeju Branch. It’s about 400-500m walk from KTO Jeju, just get the direction from the consultants inside KTO office.

This is the restaurant whereby all YG artists including YG papa often visit and is like a favourite hangout place for G-Dragon too! He will visit and have dinner in this restaurant everytime he visit Jeju Island. 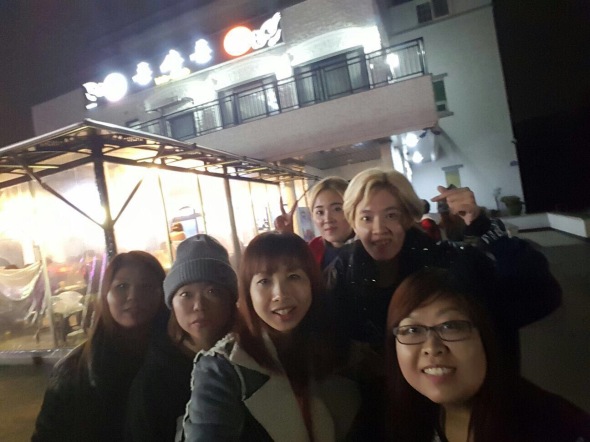 Undeniably, the black pork is really good! And the lady boss including the son is such a nice and kind people. 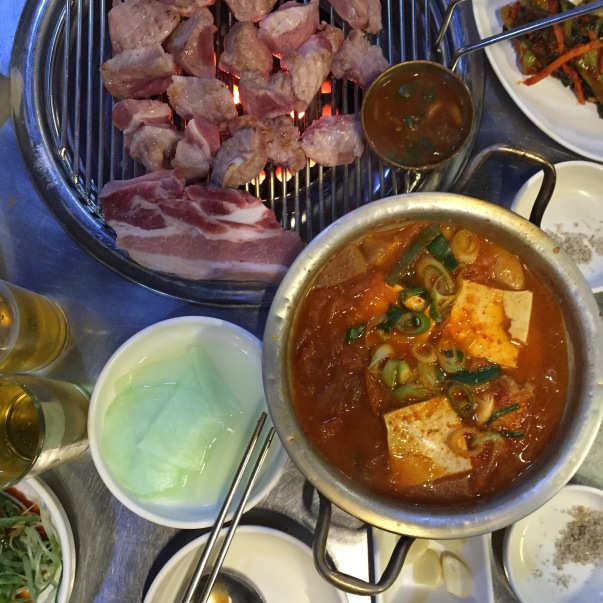 There’s no easy way to get to Donsadon, it’s either you drive there or you get on a cab because the location is not in any of the main streets in Jeju City. But most of the cab would know about this restaurant as it’s a popular restaurant in Jeju City, if it’s difficult to communicate with taxi driver, just show them the picture.

Hyeopjae Beach is the beach where BIGBANG filmed their music video for We Like To Party. All of these scenes are so familiar once you get to the beach! Between, did I mentioned the beach is really nice? 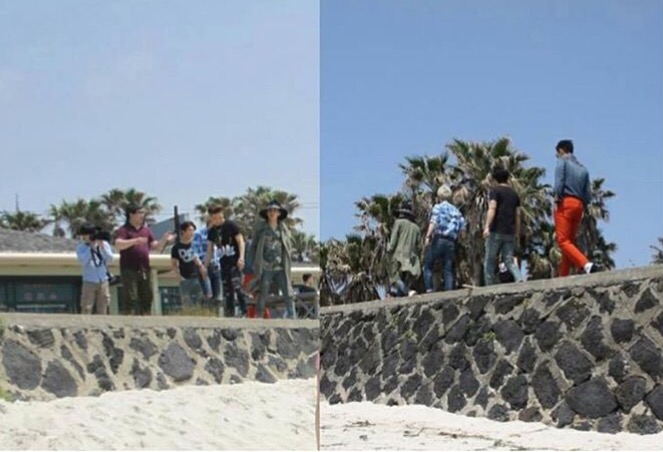 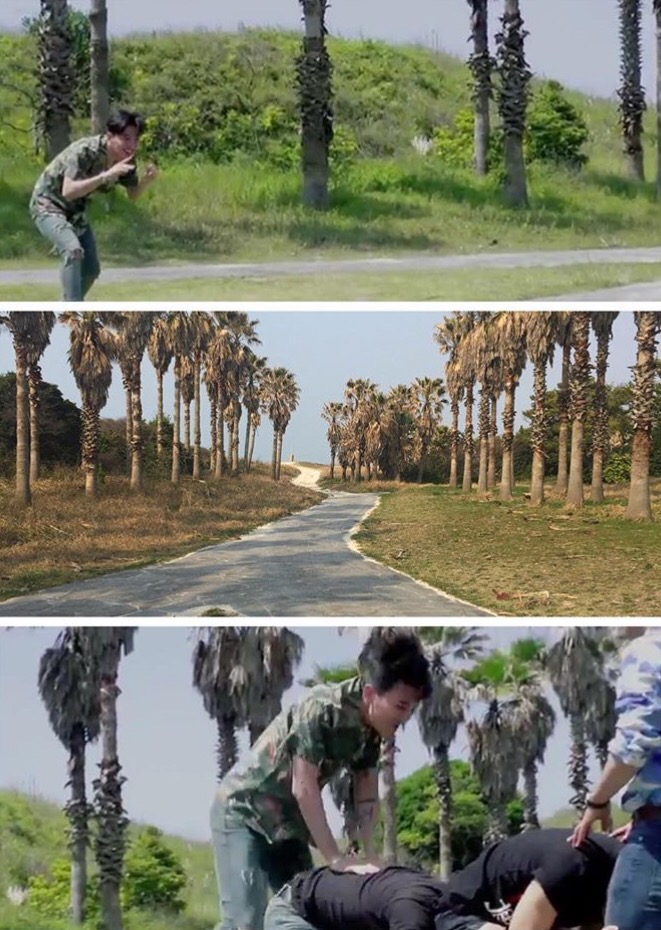 Ppung Ppung Kart Club is one of the activities in Seong Eup Land, it’s also one of the place where BIGBANG filmed their music video for We Like to Party too! 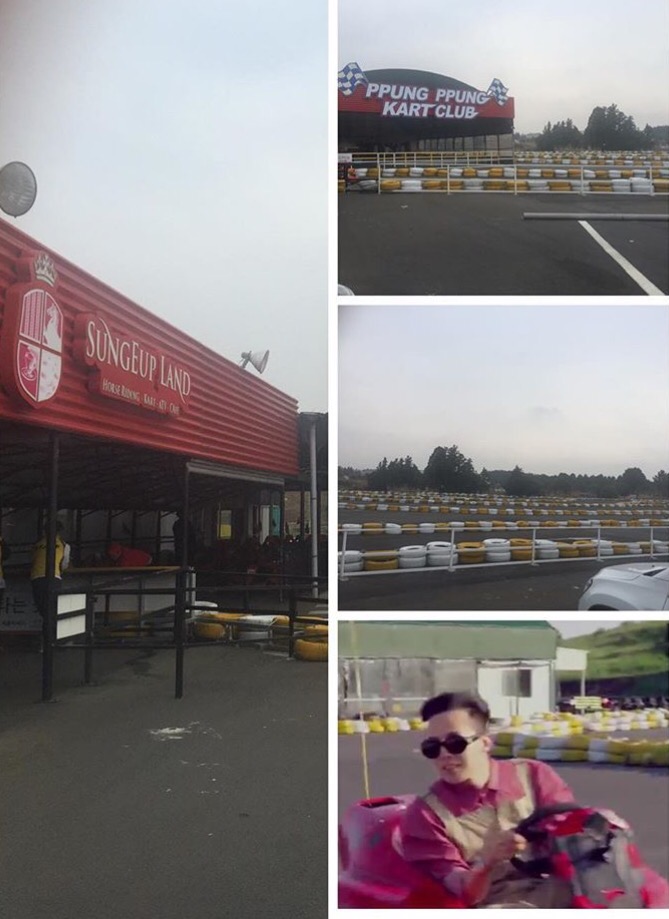 By Bus: From Jeju Intercity Bus Terminal take 502 – Get off at Namseagwang town – Take 720 bus – Get off Baseme station – From bus station 20 minutes on foot.

TOP 6 – Bomnal Coffee (Next to Monsant)

Every night, the cafe holds a beer party, if you want to engage, it costs only 10,000 KRW for unlimited beer!

The guesthouse is composed of dormitory rooms for 4-6 people, so rather than a quiet travel, this place is recommended for travelers who are active and outgoing. 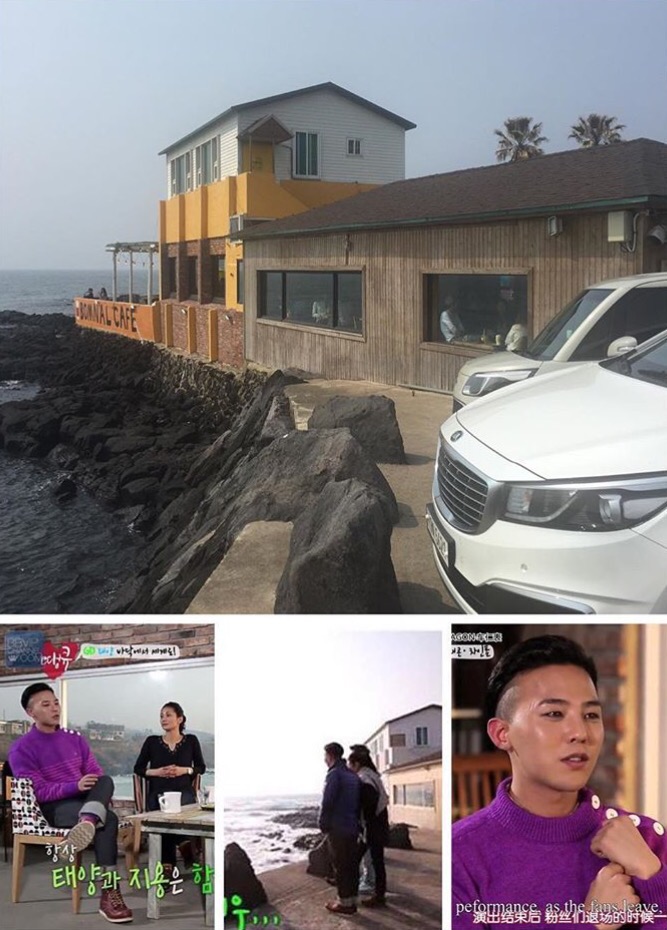 This place appears as Mendorong Ttottot (맨도롱또똣) restaurant in drama Warm & Cozy starred by Yoo Yeonseok and Kang Sora. The place is also filmed for “Thank You (SBS)”, starred by a popular singer of “Big Bang”, “G-Dragon”.

Direction: Please refer to direction to Monsant! (It’s just beside the entrance to Monsant)

Aqua Planet Jeju boasts the largest aquarium facility among East Asian countries. Housing over 5,000 marine creatures from domestic regions and abroad, the Jeju branch is a highly recommended place to visit for all, especially for family visitors. 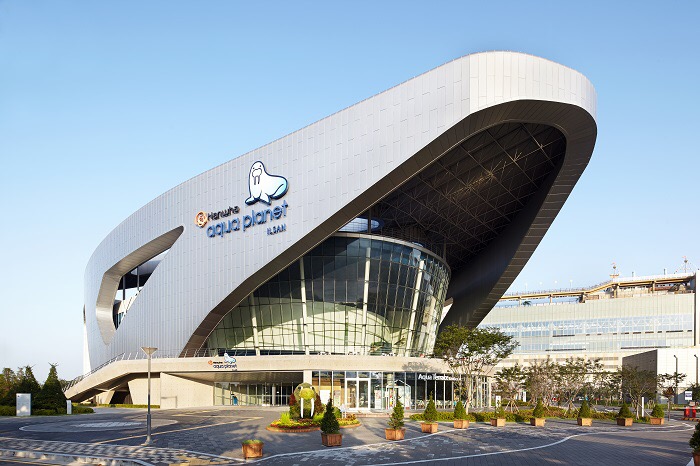 * Aqua Planet admission ticket includes Aquarium, Ocean Arena, and Marine Science.
* Admission to the 3D Theater is not included in the prices. 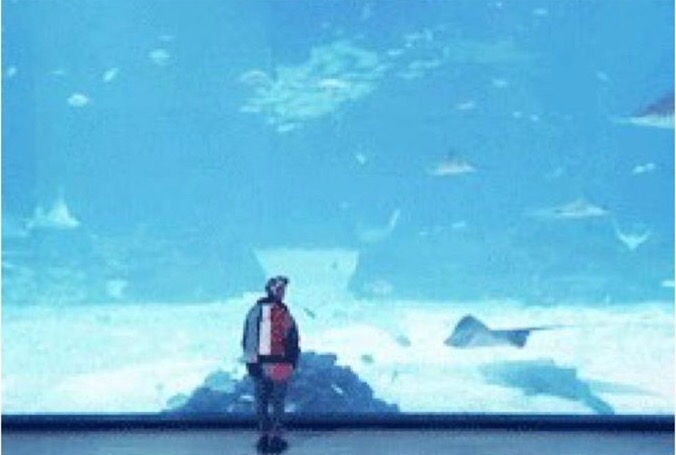 This is the place where G-Dragon filmed “Thank You (SBS)” too! 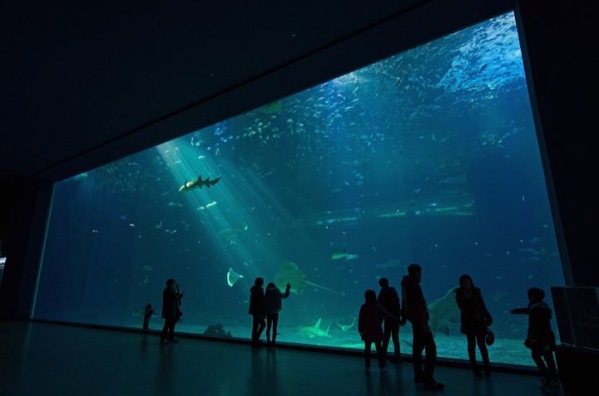 This is the place where they filmed We Like To Party, but it’s a luxurious villa!!

You can make the reservation here: http://www.bayhill.co.kr/english 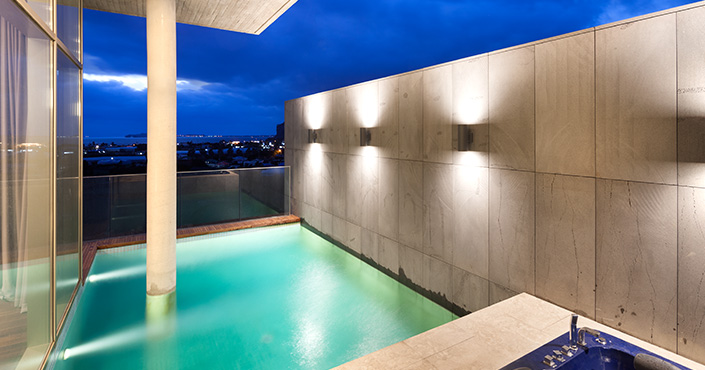 THE CASTLE VILLA is the one where they filmed the music video. Is the pool familiar enough??

Indeed, is a very very very nice villa to stay in but the price is equally nice too. >.<” 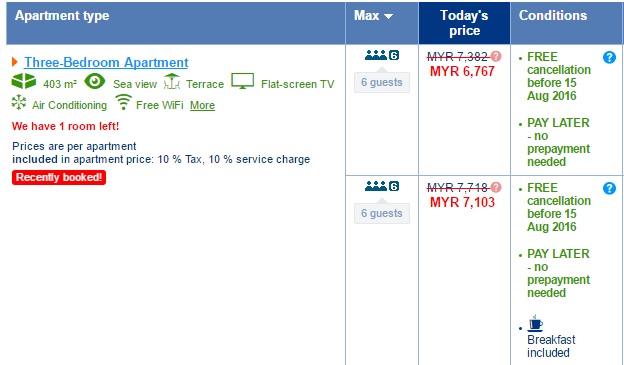 Jeju is all about We Like 2 Party for VIPs! Our recent search for another VIP must-visit: Woljeongri Beach!

It’s such a beautiful beach that even non-VIP should visit here, there are a lot of nice & pretty cafes along the beach which you may enjoy scenic views and chillax. 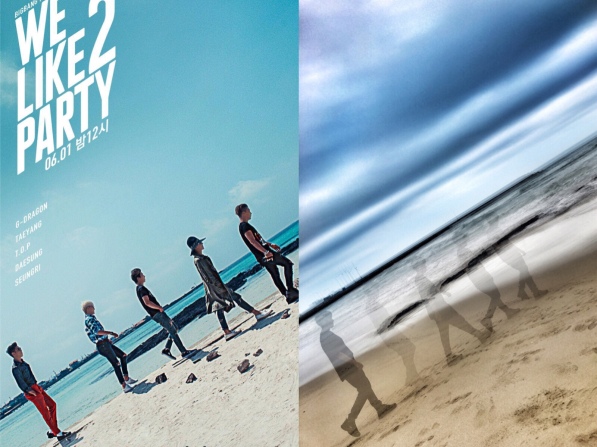 *No longer owned by G-Dragon, but it’s still worth a visit to this pretty cafe. 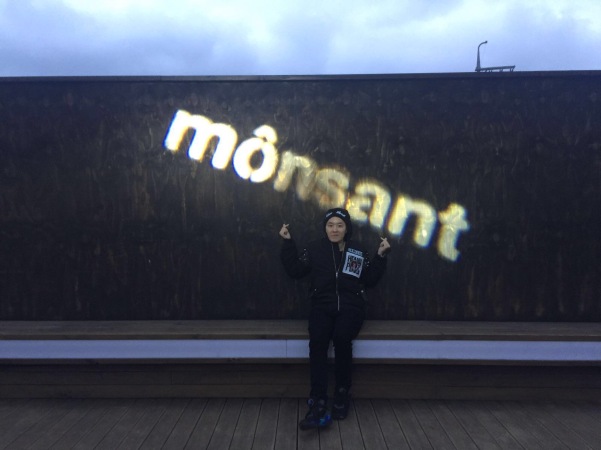 The cafe is beautifully situated beside a beach called Aewol, nicely designed and decorated! 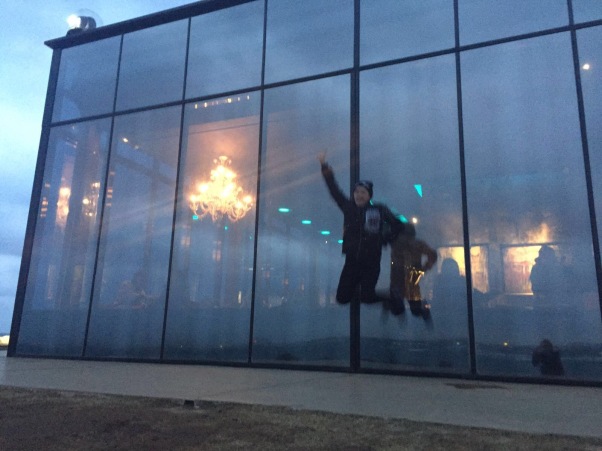 If you sit outside of the cafe, you can feel the sea with breezes but when it’s too windy, the windows’ doors will be closed. 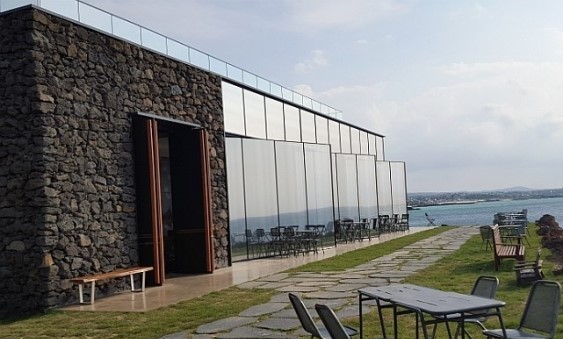 The price range is the same as normal cafe price, drink from 3,000krw and above. 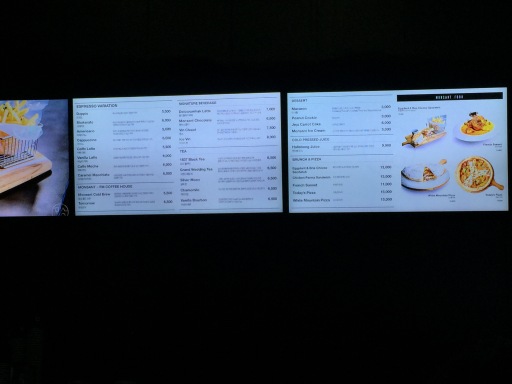 This should be something familiar for all VIPs, and something that really precious that we would bring home as a souvenir too! 😛 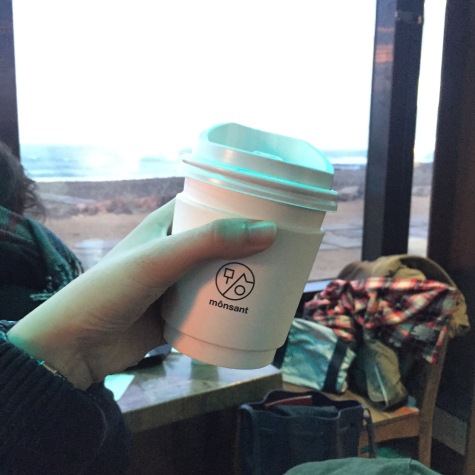