The Story of Mak’s Chee

The story of Mak’s Chee Authentic Wonton dates back to 1920s Guangzhou, China. Chee Kee by Master Mak Woon Chee (known as  Chee) was one of the most famous noodle stalls across the city. While almost everyone was selling pork wonton, Chee decided to go against the grain and created his specialty fresh prawn wonton. The signature dish was one of the most popular street snacks in time and attracted eminent personages such as the former leader of the Republic of China Chiang Kai-Shek and First Lady Soong Mei-Ling, politicians Wang Jing-Wei and Chen Bi-Jun. His dainty noodle dish later earned him the ‘Guangzhou King of Wonton’ title. Chee’s story has also been recorded in Guangzhou Library archive.

Mak’s Chee seeks innovation while maintaining our centennial traditions. In addition to our signature dishes, new menu items are carefully thought out and introduced, bringing brand new culinary concepts and definition to our Malaysian customers.

Meeting the Director of Mak’s Chee, Mr. Gary Crestejo, the first question I asked was ‘What is the difference between Malaysian Wantan Mee and Mak’s Chee Wonton Mee?’

As wonton itself is a really popular snacks here in Malaysia and wonton noodle is the all the time favourite for breakfast for most Malaysian Chinese.

So it’s best to eat the noodle rightaway after it’s served!

The wonton is special in a way because of the making process, the wonton skin is using home recipe flour and technique hence the taste is different than our local Malaysian’s wonton.

Following a successful lunch in January 2016, Mak’s Chee has several new updates to share with you before the New Year. With the aim to provide an experience with comfort food from Hong Kong for most hungry hordes, Mak’s Chee bring you the special milk tea and making new wonton recipe!

This is made possible through partnership with KamCha Hong Kong to consolidate techniques of all previous winners of the competition, in the creation of Mak’s Chee Champion Milk Tea.

They will be running a limited edition Muscular figured bottle containing the Champion Milk tea from 5th December 2016 till 28th Feb 2017. 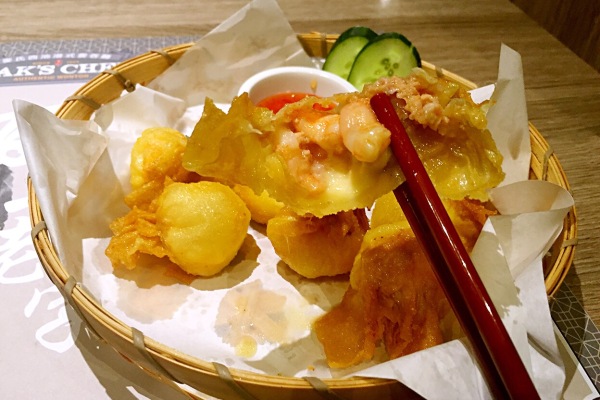 Mak’s Chee Cheese Wonton is the all time best seller snack item as Deep-Fried Sea Prawn Wonton gets even better with added cheese! Crisp on the outside and melting Mozzarella and Cheddar cheese with fresh sea prawn on the inside, it’s sinfully delicious! It will also be available from 5th December 2016 till 28th Feb 2017, so go get it at Mak’s Chee One Utama! 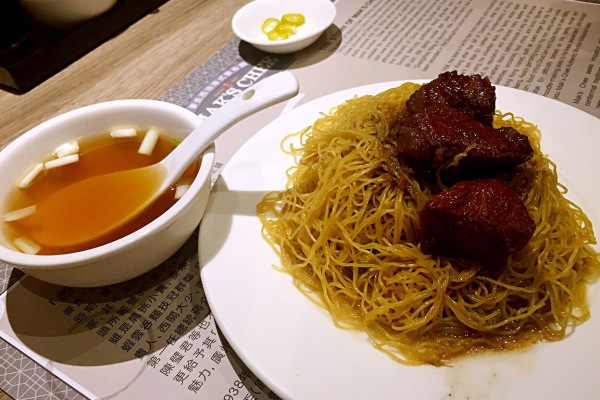