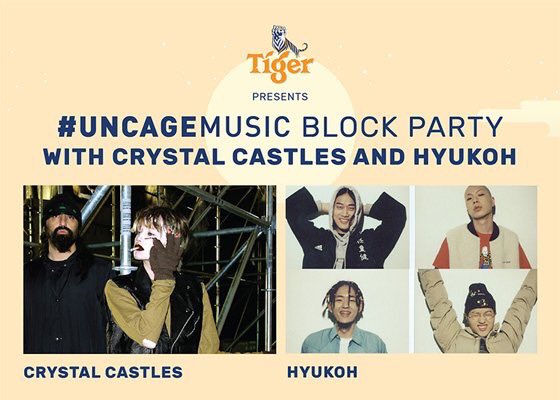 Have you heard of Hyukoh? Are you a fan of Hyukoh?

Hyukoh is a Korean Indie band under YG sub-label by Tablo namely ‘HIGHGRND’! It’s such a surprise that they’re coming to Malaysia as an indie band in Korea never really perform internationally, it’s such an honour that Urbanscapes 2017 is bringing them!

Wanna WIN Passes to the Private Showcase on 21st May?

The private showcase is happening on 21st May 2017 @ Slate, The Row, you will need an invitation in order to enjoy Crystal Castles and Hyukoh performance.

The ONLY way to WIN PASSES to Hyukoh @ Tiger Uncage Showcase:

One of my favourite song that I wish they will perform at the showcase: